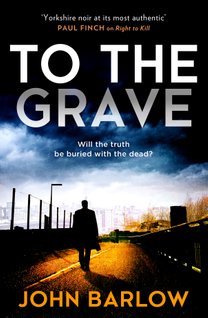 There was nothing more he could have done, but that’s cold comfort for Romano. He’s determined to catch Ana’s killer. Although the prime suspect, her millionaire boyfriend, is in a coma.

With the help of his larger-than-life partner Rita Scannon-Aktar, Romano begins to piece together a puzzle that places Ana at the centre of something much bigger than they could have imagined.

But while they’re hunting a murderer, those higher up are more concerned about the money. So it’s up to Romano to get justice for Ana. And whatever she knew, he’ll just have to pray that she didn’t take her secrets to the grave.

‘Breakneck pace, terrific protagonist and a kick-ass sidekick . . . The sense of place just leaps off the page’ Neil Lancaster, author of the Dead Man’s Grave

‘A strong start to a new series . . . Joe Romano is a compelling lead’ Dominic Nolan, author of Vine Street 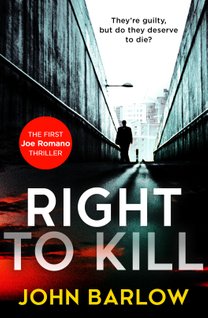 When a small-time drug dealer goes missing, no one in Leeds CID shows much interest. But the young man’s mother is desperate, and DS Joe Romano promises he’ll do what he can. Recently divorced, and his son having just left for university, it’s not as if Joe has anything better to do with his spare time.

What he finds makes no sense, but raises a lot of questions. Are all lives worth saving? Or should they be weighed against the misery that they’ve caused? Is the well-being of a drug dealer really the concern of the police, or does he deserve everything he gets?

As the case escalates, Rita Scannon-Aktar, a half-Bangladeshi DS from the neighbouring Kirkless force, is brought in to help. Deeply embedded in the old mill towns of West Yorkshire they find a racist vigilante movement, one which not only feeds on the rising tide of English nationalistic fervour in a Brexit-convulsed northern England, but has declared open war on the region’s drugs culture.

As news of the case spreads, it seems that more and more members of the public support the idea of direct action. And that includes some members of the police. As events spiral out of Joe’s control, a web of person betrayal threatens his position on the Force. Then he becomes part of the story . . .

Set against a backdrop of the North’s grooming gangs and the drugs culture of the West Yorkshire valleys, RIGHT TO KILL is a fast-paced police procedural that asks whether everyone has the right to defend and protect – and to be protected.